Whate’er My God Ordains is Right 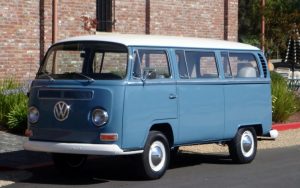 Raised as I was in a family with parents committed to Jesus and involved not just in our church, but just as intently and actively in a variety of other works intended to extend the Kingdom of God to our friends and neighbors, the concept of being a disciple was not strange to me. My own “conversion experience” was at the age of about seven when I asked Jesus to come into my life, mostly, I confess, as I was afraid (this was in 1951 or 1952) that I might be on the receiving end of an atomic bomb and I wanted to go to heaven if I died. High school, college, active duty, the first year of married life, and much more would be experienced before October of 1968, when I realized (one might say “the penny dropped” from intellectual assent to spiritual reality) that Jesus was God and not just an insurance policy against hell. While I knew I was a “believer,” it was on the occasion of that sudden fresh realization of Jesus as God that I surrendered myself openly and intentionally to the sovereign will of my savior. Whatever he clearly asked me to do, I would do my utmost to do it.

From my earliest days I was given a dime (later a quarter) by my father or mother to put in the offering each Sunday when the plate was passed. In 1968 I had been two years in military service and earned a modest salary. But from the time I had started earning some income during summers in high school, I had tithed (dutifully) my income. But it was in the weeks following my understanding of, and submitting to, what some term “the lordship of Christ” – from my decision to obey whatever he asked me to do – that I learned that just as he had a right to guide me as he saw fit, so he had a right to everything I possessed.

In late October, I joined a local missionary and some servicemen for an evening at the Heidelberg celebration of German Oktoberfest. I had been raised a Prohibitionist, so the bier was not the draw, but rather the carnival atmosphere to be enjoyed with friends from chapel as a break from what had been a trying summer marked by the invasion of Czechoslovakia by the Warsaw Pact. We drove downtown in the missionary’s car, a tired VW Variant (mini-station wagon). I asked whether he had plans or, perhaps, a VW bus so he could expand his ministry. He said he had $100 saved but they obviously needed additional funds to purchase one as they cost $2500.

The next morning I was up before Lynn and was shaving and thinking about how we might help the missionary purchase a new VW bus. The Army paid me about $450 a month and we had not tithed in September or October as yet and November and December would mean we could give a gift of about $200. I figured doubling the money saved toward that purchase would be a big encouragement. Since we were spending everything I made and we lived paycheck to paycheck, I was wondering if we could get the $200 together by the end of the year. And then I said to myself, “At least we don’t have to buy the whole thing.”

No audible voice, no light, no vision, but as surely as if there had been any of that, there was God saying, “I want you to buy the whole thing.” To which I responded, “We don’t have that kind of money.” To which there was the immediate response, “Yes, you do, in the Provident Institution for Savings”. To which I responded, “But that is our life’s savings! We are newly married, we don’t own a stick of furniture; our Chevy is already old; we will need a deposit on an apartment when we return to the States next year.” To which the response was “The foxes have holes, and the birds of the air have nests, but the Son of Man has nowhere to lay his head. Why are you worried about furniture?”

Space does not permit reciting my further arguments that morning made against such foolishness, then my discussion with Lynn and her amazing response, nor the startled reaction of my parents when we told them of our plans to close our account and buy a VW bus for someone else with the money. Nor does space allow for what followed (wonderful lessons about God’s view of money, about provision, and so much more). Suffice it to say, this was the beginning of how God taught me about the things he has placed in my hands to be used for his purposes under his direction.