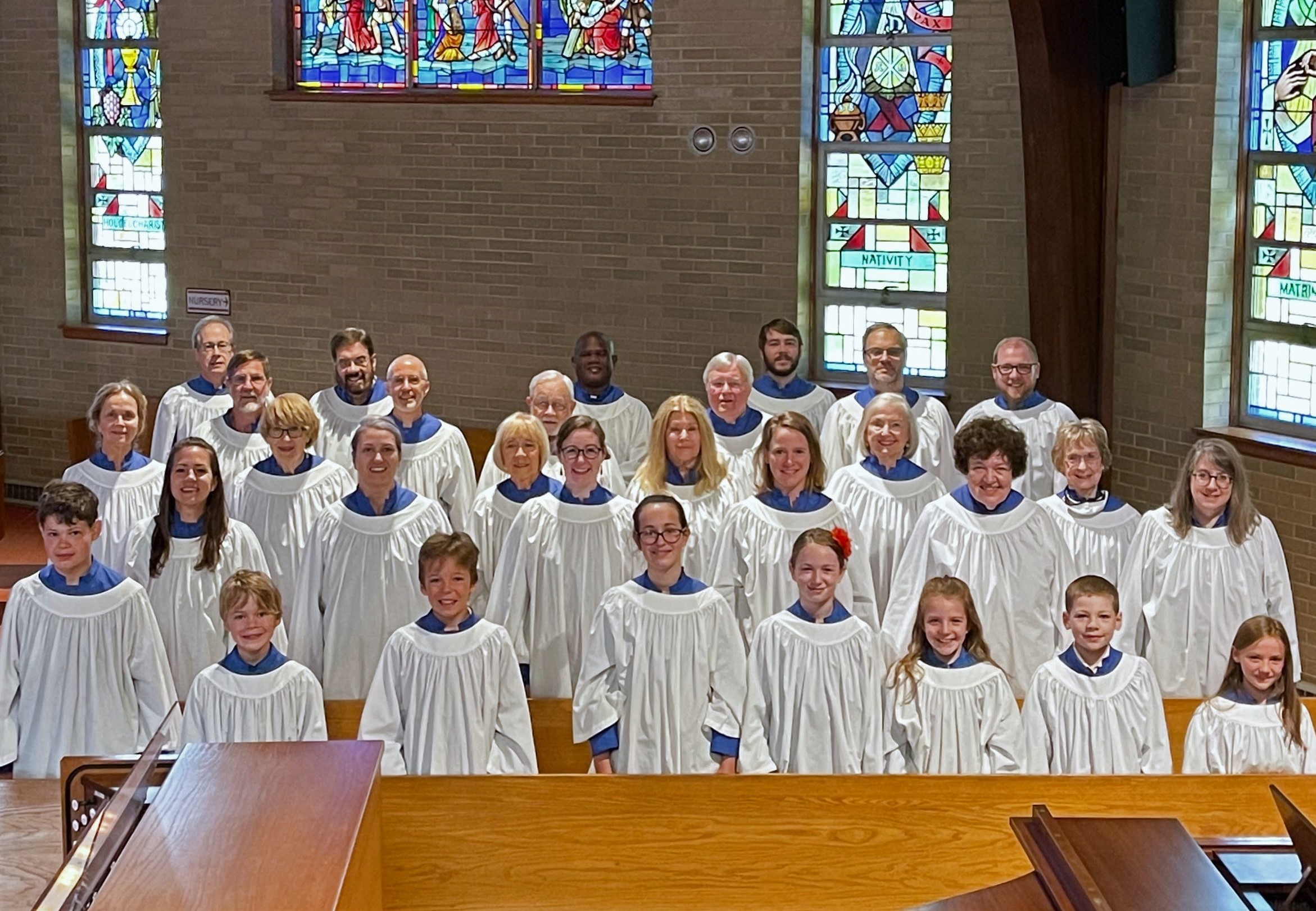 The new richness to the already-beautiful sound of the Choir of Christ the Redeemer is a gift from some of the congregation’s younger musicians.

Choristers have joined the Choir of Christ the Redeemer through a program, launched in fall 2021, that has children age 9 and up joining the choir on Sunday mornings and children ages 6 and up practicing twice a week with Minister of Music, Organist and Choirmaster Dan McKinley and choir member Cyndi Kreyling in age-segragated groups.

With time, McKinley said, the choristers will “add vocal freshness and power” to the ensemble. But already, he said, “they are an integral part of the choir, talking with and observing the adults in modeling healthy Christian life. The children regularly contribute to the prayer concerns of the choir, adding their own requests to my ongoing list.”

McKinley said he has “wanted to do this for years,” but scheduling challenges were insurmountable. With the fall 2021 changes in service schedules, children can take part both in choir and in Catechesis of the Good Shepherd, the Christian education program.

Having the older children rehearse twice prior to Sunday mornings is essential to integrating them into the adult choir, McKinley continued. The additional rehearsal time “makes all the difference.”

“Children learn both by instruction and by osmosis, and it won’t be unexpected for them to feel swamped initially. But all they have to do at first is watch the music and occasionally give it a try. The more experienced singers (adults and children) will carry the neophytes along musically while the latter gain experience,” McKinley wrote.

Looking forward, McKinley said the musical benefits for children will include “gain(ing) a lifetime of sight-singing ability” and learning the habit of active worship.

As for his plans for the choristers program: “Things are going well, so I have no plans to change anything,” he said. “I’ve been surprised from the beginning by the children’s enthusiastic participation. I wasn’t surprised by the parental support, but I didn’t expect that the kids would participate so willingly and eagerly.

In the meantime if one day soon you see a young vocalist with a colored ribbon and medal on his or her choir vestments, it will be an indication that, based on a Royal School of Music awards system, he or she has achieved certain musical goals.