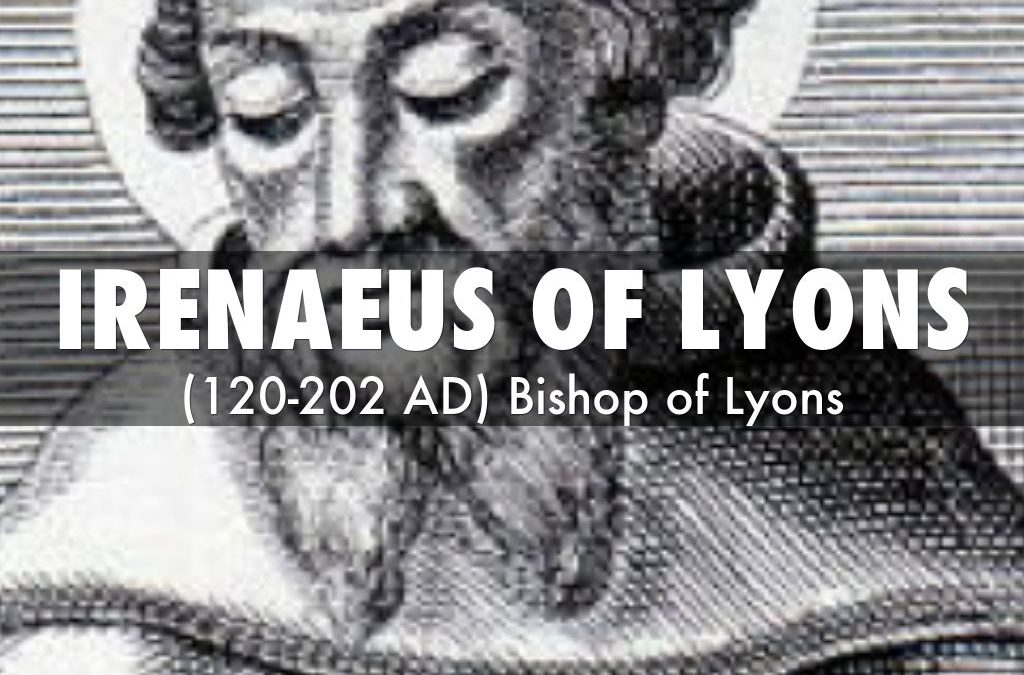 “Why can Christians tell me more about Abraham Lincoln than St. Augustine? Clearly, they’ve been catechized by someone, it just wasn’t the Church.”

A few weeks ago, Dcn Adam wrote this sentence in Crossings, in his series on Human Spirituality. If we are going to “capture the imagination of Boston’s North Shore,” we need truly to be an alternative community to the world. Part of being that alternative community is being formed by different stories–claiming the Church’s story as, in a real sense, our story. And so, eLectio is going to do some storytelling of its own. For the next several weeks, we are going to devote some time to the saints of summer:

We hope you enjoy our “weekly story time” this summer.
Irenaeus of Lyons
Dcn. Adam

The Apostle John discipled Polycarp. And Polycarp discipled Irenaeus (b. 130 AD). When he was a boy, he often heard Polycarp teach and preach. He says, “I could describe the place where he’d sit and talk, his coming and going, his life, his appearance, his retellings of conversations with John and the others… I listened attentively and treasured his words not on paper, but in my heart” (Fragments, 2).

Irenaeus grew up following Jesus and eventually became a priest in Lyons (modern day France). By 177 AD he had built a reputation of being a solid, faithful man, because he was given the great honor of delivering a letter to Rome on the church’s behalf. But, when he returned from Rome, he found that all of the other clergy in his church had been killed in persecution. And so Irenaeus became the Bishop of Lyons.

You might have guessed, after having his life turned upside-down like that, he would devote his life to the danger from without: persecution. But that’s not what happened. For Irenaeus, there was an even greater danger than persecution, a danger from within: heresy. (Heresy is like a funhouse mirror. All the Christian “parts” are there—Jesus, God, cross, resurrection, etc.—but they’re misproportioned, so much so that, in a real sense, it stops being Christianity.)

And so Irenaeus became one of the great theologians of the Church. He set the standard for how to evaluate theological ideas and reaffirmed the goodness of creation (against the heresy Gnosticism, which argued, among other things, that physical matter was evil). He argued that Christians must have a deep knowledge of both our own faith as well as the alternate faiths that threaten the Church. His two surviving works, Against Heresies and On the Apostolic Preaching, provide us a glimpse into a profound teaching ministry:

“Our Lord Jesus Christ, through his transcendent love,
became what we are, that he might bring us to be what he himself is.”

“The glory of God is man fully alive,
and being alive consists in beholding God.”

“God is the source of all activity throughout creation.
He is unseen and indescribable by any creature, but not unknown…
He holds all things together and gives them their existence.”

Some thoughts for reflection:

Even in the midst of persecution, Irenaeus thinks of heresy as the real problem. Why might he think this? And if, as he says elsewhere, heresy doesn’t just walk up and say, “Hi, I’m heresy,” how should we reflect on our own beliefs?

Irenaeus was convinced that a deep knowledge of our own faith was crucial. Re-read his quote above, “Our Lord Jesus…” How does Irenaeus link the doctrines of Trinity, Incarnation, and Adoption to the heart of the Gospel?

Gnosticism, the great heresy of Irenaeus’s time, taught that matter was bad. But, re-read his quote, “God is the source…” Do we think of Creation as independent of God? How would you respond to Irenaeus if, when you asked him, “Do you have a personal relationship with God?” he answered, “Well… I exist. So, yes. I have a personal relationship with God.”