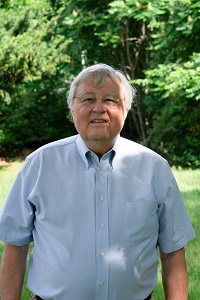 After nearly thirty years as an Episcopalian, Mark became an Anglican in 2003 and has been loving the Anglican church ever since. He enjoyed a long career in education and administration, as a teacher of English, Bible, and math, and as a principal of three different high schools. He has lived and worked on both coasts, from California to Maryland. Mark and his wife Anne moved to the North Shore from Annapolis, MD in 2014 to be near three of their five children and enjoy the company of all of their grandchildren. They’ve been worshipping at CTR ever since, and particularly love singing in our choir. Mark loves the great and enduring music of the church. When he isn’t singing, you might find Mark organizing odds and ends around our church, or woodworking in his basement while listening to classical music.