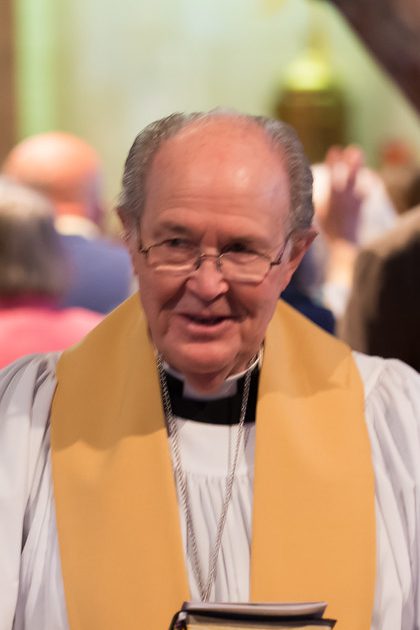 Dr. Pendleton, known to us as “Fr. Ray,” is a licensed Clinical Psychologist. He has recently retired as a full time faculty member at Gordon-Conwell Theological Seminary where he served for 44 years. He served as Professor of Pastoral  Care and Counseling and for many years as Director of the Mentored Ministry Program. With his colleague Dr. Pablo Polischuk established the Master of Arts in Counseling Program, where he served as director of that program until his retirement in June of 2017.  He remains at the Seminary as a Senior Professor. He is Chair of the Board of Lead Them Home,  a ministry to those who are concerned about issues of gender identity. He has also served on the board of Hagar’s Sisters, a ministry to women who are victims of domestic violence and abuse. He is a member of the American Psychological Association.

Fr. Ray’s interests include, cooking, golfing and spending time with his family; his wife Jan of 61 years, his two daughters and his four grandchildren who delight in keeping grandpa humble