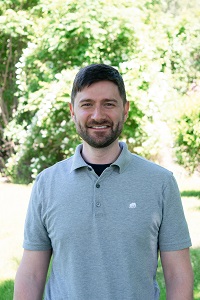 Having grown up in Gig Harbor, Washington, Chaz carries with him a deep-seated love for the west coast, but has developed a love of the North Shore after living here for over a decade. Chaz holds a bachelor’s degree from Gordon College, where he double-majored in music and economics. The economics degree probably helped him realize that getting a day job in something other than music wasn’t a bad idea, so today he works in software, overseeing the software implementation services team at Veracross – but still loves playing the piano whenever he gets a chance. He and his wife Jillian live in Georgetown with their two young children.